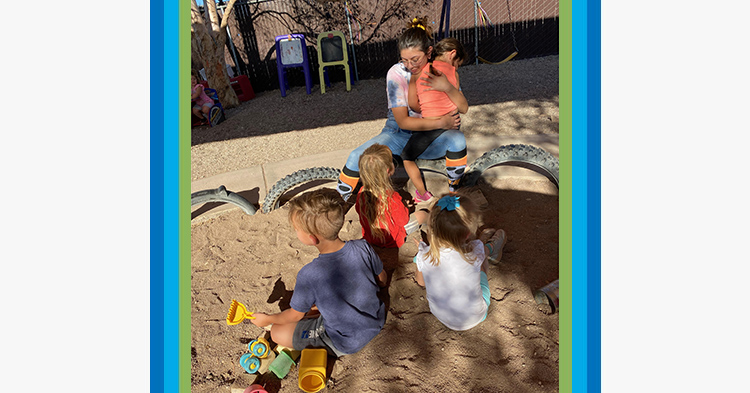 On her first day as a formally credentialed early educator, Melissa Palacios arrived early to work at Little People’s Day Care in Lake Havasu City and celebrated two years of hard work with one of her students.

“There was a little girl being dropped off as I was opening the school, and we both did a little happy dance,” Palacios said. “It felt amazing that I had accomplished something I worked so hard on.”

The Child Development Associate (CDA) Credential is a nationally recognized credential in early childhood education that focuses on building an educator’s knowledge and skills in working with young children ages birth to 5. In the La Paz/Mohave region, the CDA is part of the Professional Development for Early Childhood Professionals Strategy funded by the First Things First La Paz/Mohave Regional Partnership Council. 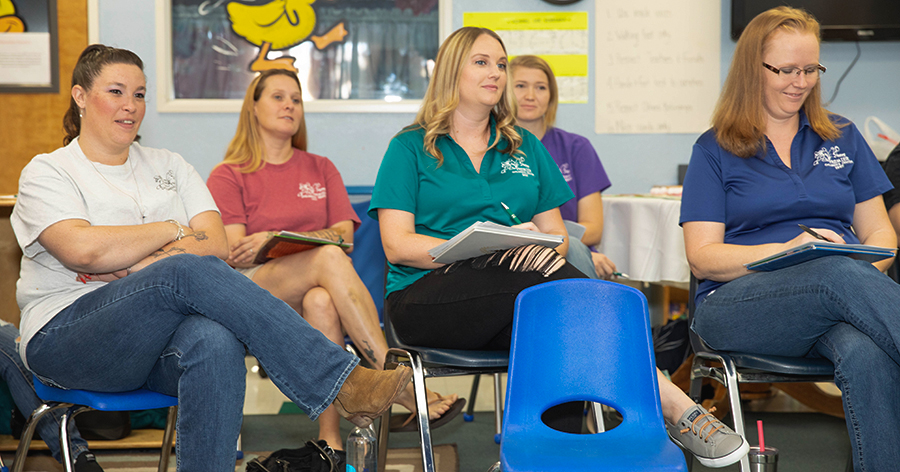 Five years ago, at the La Paz/Mohave Early Childhood Conference, individuals were asked to stand up if they had earned their Child Development Associate (CDA)…

“Anyone working at a preschool should pursue it,” Palacios said. “It’s a wonderful feeling to feel better prepared to do my job of helping to grow baby brains.”

Earning a CDA often involves a minimum two-year commitment of courses, trainings, a portfolio review and observation. The educators cover topics that include cognitive, social/emotional, physical and language development. They also cover health, safety, nutrition and engaging families as well as many other related topics.

Palacios is the lead teacher in the toddler room, which goes up to about age 3. She said that she was able to apply what she learned in her courses into her classroom and watch the positive changes that resulted.

“I didn’t realize how important having a schedule in the classroom is or all of the different styles of learning there are for children,” Melissa Palacios said.

Palacios said that keeping even young children on a schedule or routine helps to create good habits and builds a positive learning environment so that they are prepared to start school when they enter kindergarten.

She also builds partnerships with parents, with debriefings every morning at drop-off to gauge the child’s mood and at every pick up to talk about the child’s day. The strategies she learned in building better communication with parents as part of her coursework means that she’s able to gain a parent’s trust and have productive conversations about developmental topics.

“When a child is having an issue with something, positive reinforcement can really help to redirect their attention,” Palacios said.

From a workforce development perspective, the skills learned through earning a CDA not only means being a better teacher but being a better employee. Palacios said she has learned how to run a classroom and take on bigger responsibilities at work.

“We have children come to us at age 1 and leave when they are 5,” she said. “It’s wonderful having an opportunity to grow future minds.”