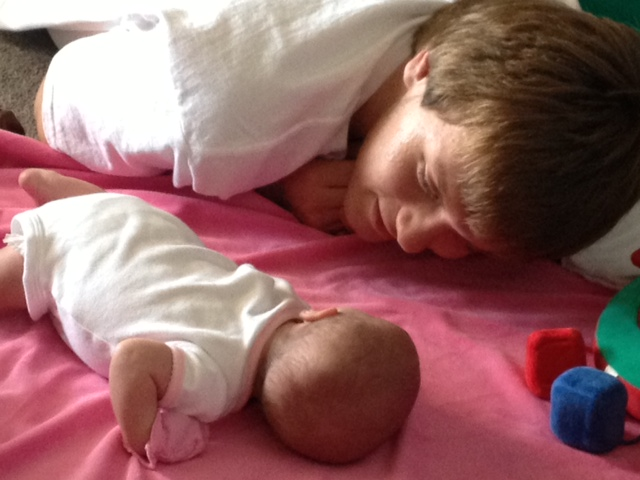 Sienna knew she needed a lot more than a book when it came to knowing what to expect when she and her boyfriend found themselves expecting their first child. Both were just 17.

In addition to help from their family, the young Lake Havasu City couple sought outside support from community resources, including Parents As Teachers, whose family educators began meeting with the parents-to-be early into Sienna’s pregnancy and continue to provide resources for the family after the birth of baby Jaelyn.

Parents As Teachers partners with parents during the early critical years of their child’s development. The program, which is provided locally by Arizona’s Children Association with funding from the First Things First La Paz/Mohave Regional Partnership Council, works with about 140 families in La Paz and Mohave counties.

Sienna was about 18 weeks into her pregnancy when they enrolled in Parents As Teachers. She said it was obvious why she needed help. “I’m 17 and new to all this, and I needed to know everything I could,” she said. Sienna and Steven have responded enthusiastically to the support. During a recent home visit, Steven told parent educator Jackie Kaser-Ruano how he had used her advice and soothed his crying newborn by singing the ABC’s to her and finishing with a kiss on her forehead. He said that now when Jaelyn cries in front of someone, he rushes to “show his technique” and amaze them with his ability to comfort and engage her. 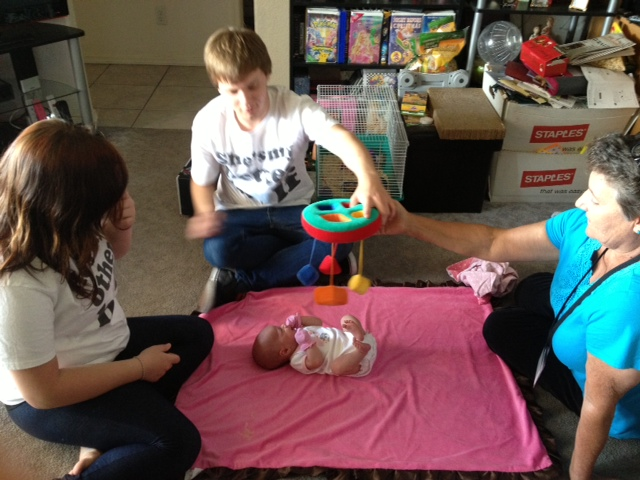 Kaser-Ruano comes to each visit with activities and handouts to put into a binder parents are provided with when they first enter the program. She asks parents about their child’s development and the family’s routines and answers questions on everything from how much to feed a growing baby to how to use your elbow to get an accurate reading on water temperature for bath time. At their March home visit, Steven told Kaser-Ruano about how Jaelyn’s “tummy time” had resulted in stronger neck and upper body development for the 4-week-old.

Kaser-Ruano said parenting can be a scary prospect for anyone regardless of age. Both parents know that the future is full of new and challenging experiences, but they said they feel confident in their abilities thanks to the support of Parents As Teachers.

“We’re just amazed at how fast everything has happened and how big she’s already gotten,” Sienna said.