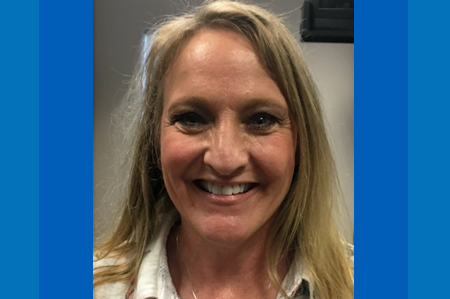 Carolyn Alexander has been selected as the 2017 La Paz/Mohave First Things First Champion for Young Children.

Alexander engaged in awareness-raising efforts such as:

We recently caught up with Alexander, is a preschool teacher at Smoketree Elementary School in Lake Havasu City.

Question: Why do you feel early childhood development and health is so important?

Answer: Healthy and happy children learn better. It has been proven that the early years of childhood form the basis of social behavior. Brain development is most rapid in early childhood years. Early intervention with children has proved to be a huge benefit for those children later in life. The first five years of life are the foundation that shapes the child’s future, health, happiness, growth, development and learning achievement at school, the family community and life. The first five years are important for the development of the child’s brain and the first three years are the most critical in shaping the child’s brain architecture. If we want a good future for our kids, their kids and their kids, we need to start changing the way people feel about early childhood development and health.

Q: What caused you to get involved in efforts to increase public awareness in early childhood issues?

A: People do not have a clue how important early childhood development works. Even in our world of teaching, teachers do not realize that preschool teachers have the same schooling and the same state requirements as any other teacher. Everything is geared toward K-12 and that bothered me considering how long preschool and other similar organizations have been around. Every board meeting I went to talked about K-12 and never preschool. Since brain development in the first three years are most critical in shaping the child’s brain architecture—why are we not focusing more on the younger children and not start at five when the foundation of the child’s brain has already shaped the child’s future, health, happiness, growth, development and learning achievements at school, the family and community life? There needs to be more of an awareness of the young child.

Q: Why do you feel building awareness in early childhood and developmental health is so important for families and communities?

A: Because people don’t know and don’t care when it comes to early childhood. I do not think enough people understand all that happens in our children’s brains from birth to 5 years old. The foundation for sound mental health is built early in life.

Q: How have you seen awareness for the early years change in your community?

A: The number of children who attend our program has increased in size for nearly 10 years.

Q: How do you suggest other people in your community get involved?

A: Have people come to our school and other early childhood schools in the area and observe. This would help the community figure out for themselves the need and the importance of what we are doing. If more people/businesses in our community took the initiative to become involved in our schools they would see for themselves what is important and what is not.