When reading to toddlers, books with pictures are ‘just right’ 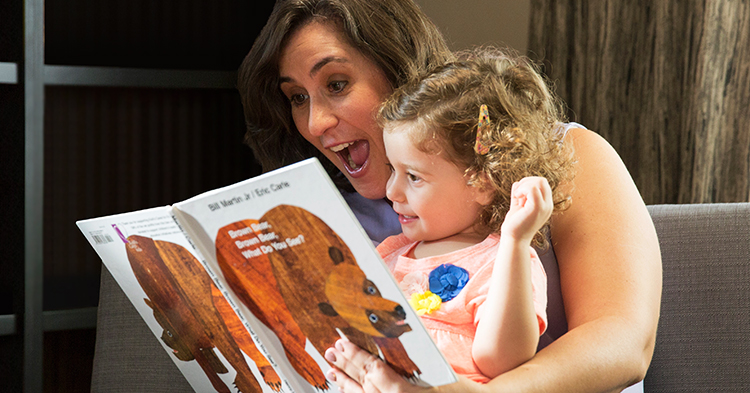 Researchers call it the Goldilocks effect.

They set out to see what is happening in a young child’s brain—in this case, 4-year-olds—when they were read the same story with pictures, without pictures or when they watched an animated cartoon. Just like “Goldilocks and the Three Bears,” the study found that one method was too cold, one was too hot and one just right.

According to a recent article from National Public Radio, as the children heard the story, an MRI machine scanned their brains to see which regions of the brain appeared more active and connected.

Story without pictures = “Too cold”

For the children hearing the story without pictures, the brain networks were active, but there was less connectivity, which researchers believe is evidence that they “were straining to understand.”

For the children who watched the cartoon of the same story, there was lots of activity in the audio and visual perception parts of their brain, but not connecting elsewhere. Researchers believe that “the animation was doing all the work for the child.” The kids watching the cartoon also had the worst understanding of the story.

The children’s understanding of the story was highest when the book was read aloud and they had illustrations to go along with it. Researchers also saw increased connectivity between and among all brain networks they were looking at, including visual perception and language. 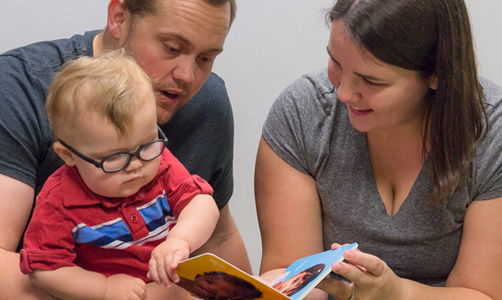 When babies and toddlers hear words and language from caring adults, their brains develop the important connections needed to learn how to read.

This type of information can help parents and caregivers make the seemingly small but important decisions when it comes to reading to toddlers.

“When we read to our children, they are doing more work than meets the eye,” lead author Dr. John Hutton told NPR. “It’s that muscle they’re developing bringing the images to life in their minds.”

For more, read the article from National Public Radio: What’s Going On In Your Child’s Brain When You Read Them A Story?