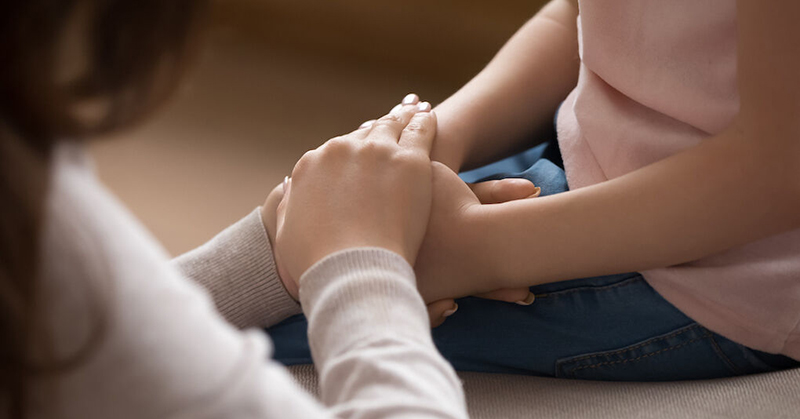 Infants are the largest group of children to enter, remain in and re-enter the child welfare system, according to the federal government and experts in the foster care field, and they are also at the greatest risk for compromised development while in the system.

For babies and toddlers who are entering the child welfare system, the idea seems simple, “how can we increase better outcomes for these children?” said Jennifer Johnson, senior director of the First Things First Phoenix and Gila River Indian Community regions. “How can the court system and all the people intending to do good by children really do good?”

Currently, nine FTF regions fund the Court Teams Strategy, which seeks to increase the awareness of developmental needs among those who work with infants and toddlers in the child welfare system. It also ensures that case plans support those developmental needs. In addition, the strategy builds professionals’ knowledge about appropriate developmental practices, provides training, shared planning, systems improvement, and regular consultation with child and family agencies.

The work is guided by the national Zero to Three Safe Babies Court Team model with the intent to change local systems to improve outcomes and prevent future court involvement in the lives of very young children.

FTF has been working toward this goal for almost 10 years, Johnson said. It started in the FTF Phoenix South Region and eventually, other FTF Phoenix and Maricopa regional councils joined together in a cross-regional effort to ensure that all families in the Maricopa County have access to needed resources that support their children’s development through a coordinated service delivery system.

In Maricopa County, the Cradle to Crayons (C2C) Child Welfare Center opened in 2013 under the leadership of presiding Juvenile Court Judge Edward Ballinger.

“Cradles to Crayons was originally a pilot, under the leadership of a single judge until the third year when it expanded to all judges working with young children,” Johnson said. “What began as training and sharing of information on best practices, has now become a system standard for Maricopa County.”

There are now four Court Team Champion judges who serve to mentor and support the rest of the judges with implementation of the court teams approach.

Johnson acknowledges that FTF doesn’t fund the costs of the full 12-component Zero to Three Court Teams Model in Maricopa County. The Maricopa County Board of Supervisors now supports the Court Teams implementation with $1.7 million of funding per year.

“The level of programming and delivery of services is expansive,” she said. Instead, FTF funds two Navigator positions, who help families find help when they’ve been referred to Family Treatment Court and Department of Child Services specialists, depending on their needs.

FTF also funds trainings for staff and other things that support the general work of implementing the 12 core components of the Zero to Three model. The funding is currently used to support judicial, staff and partner trainings and the implementation of programs that support families as they participate in court or support services.

Additionally, FTF provides funding for regular evaluations conducted by the ASU Center for Child Well-Being within the ASU School of Social Work. The Cradles to Crayons evaluations have noted the following results:

Johnson highlighted a family story of a young mother. At the beginning of the case, there were allegations of domestic violence, a substance abuse issue and the mom of two young children was unemployed. Throughout her case, over a nine-month period, she participated in supports offered at Cradles to Crayons and worked with the FTF-funded Navigator to complete a Community Connection Plan to connect to resources in her community to help stabilize her environment.

“The planning process helped the mom to understand the steps necessary to problem solve in one area at a time, but also to generalize those problem-solving skills to other areas of her life,” Johnson said.

With guidance, including building a resume, she obtained employment, and was able to find and secure stable housing through a community housing program. Her children were returned to her care and her dependency case was recently dismissed through the court.

“If everything goes right and goes well, outcomes will change for children in this age group,” Johnson said. “Services they receive will be better and their time in this system will hopefully be less.”

Seeing judges and other court officials embrace aspects of healthy early childhood development is a point of pride.

“It’s a new world to have them championing with the right information of what is appropriate for this age group and best practices,” Johnson said. “The judges are talking about it with other peers in their system. They’re talking about the impact on families and the importance of care for kids and their brain development.”