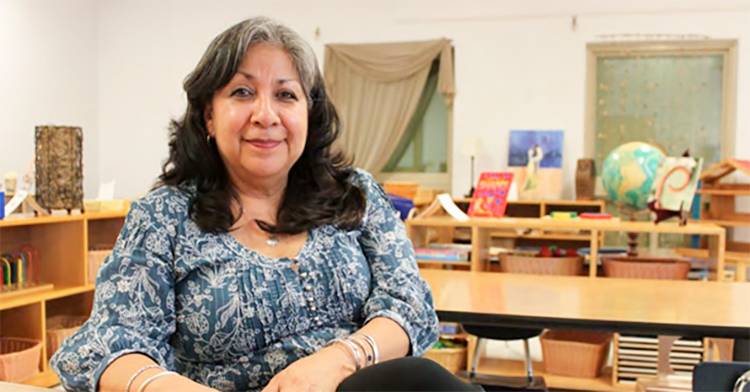 Over the next few weeks, we’ll be sharing stories from some of the early child professionals who have benefited from the Great Expectations program. You’ll hear firsthand how the program helped them elevate their teaching while earning college degrees in early childhood education. 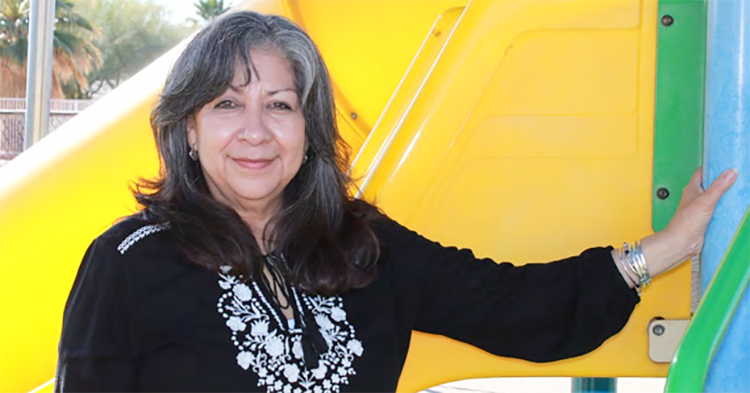 As an early childhood educator for nearly three decades, Esther Leyva-McGee is deeply embedded in a profession that truly feeds her soul.

Leyva-McGee rose up through the ranks at Head Start Child-Parent Centers, helping prepare children to soar in kindergarten and beyond as a home visitor, classroom teacher, center manager and, currently, as an education specialist in her hometown of Tucson.

Through all of her success, Leyva-McGee often thought about returning to college to complete a degree in early childhood education. As a child, school had never been engaging for Leyva-McGee, and she left college after three semesters to start her career. She had taken classes over the years, but her degree was never in reach.

A government mandate in 2007 requiring college degrees for Head Start teachers and education specialists put those wheels in motion for Leyva-McGee. She and some of her colleagues, many of whom hadn’t been in school for decades, were required to complete bachelor’s degrees in early childhood education by 2015.

With passion, determination and drive, Leyva-McGee enrolled at Pima Community College. She was enthralled by her early childhood courses, but was overwhelmed by the one hurdle she feared might keep her from ever becoming a college graduate – math.

“I hadn’t taken math in 20 years,” Leyva-McGee recalled. “My anxiety with math was physical. I’d get sick to my stomach. I was terrified of taking tests. People would start to finish their tests and I would go blank.”

Leyva-McGee dropped out of her first developmental math class after her teacher told the class that if they did not understand the review, they would very likely fail. If she couldn’t pass the math, Leyva-McGee knew her position as an education specialist at Head Start was in jeopardy.

“I had to pass the required math to earn my degree or face demotion,” Leyva-McGee said.

Overcoming a lifelong fear of math

Then Leyva-McGee heard about ENLACE. This Spanish word for interconnected is an acronym for Educate, Nurture, Lead, Advocate, Communicate, Envision. It was the name of the Community of Practice being launched at Pima Community College through United Way of Tucson and Southern Arizona’s Great Expectations for Teachers, Children, and Families funded by a grant from First Things First.

“In 2010, I heard about a special math cohort that was starting up to help early childhood students complete the math requirements,” said Leyva-McGee, who was part of the first cohort. “I never could have done it without the support of ENLACE.”

She scheduled a meeting with Shanna Kukla, program manager of the Center for Early Childhood Studies, who developed and implemented the ENLACE Community of Practice after several years of hearing from students that the math requirement was a significant barrier to their completion of an early childhood degree.

“Through her support and mentorship, I gathered up my courage and enrolled in the class,” Leyva-McGee said. “I knew instantly that it was a very different approach. It felt familiar and inviting. By familiar I mean math instruction through the constructivist approach, hands-on, active engagement, the feeling of a learning community and relationship building – all elements that I was used to in my work as an early childhood educator.”

Lifting people up through ENLACE

“When I met Esther, I would describe her as having an experience in math learning that very much cemented for her the fact that she believed she didn’t have a math brain,” Kukla said. “One of the things that she learned and I learned beside her was that this was a misunderstanding that she had about herself. It was really mediated through the experience of ENLACE.”

Leyva-McGee learned to trust the program and herself, Kukla said.

“Most students at Pima are members of the workforce so they have these two competing identities,” Kukla said. “The one is math learner, where they feel vulnerable and incapable, and then you contrast that with their day job, where they are in charge of a classroom of young children, or coaching and professional development for an entire program. It’s a very big shift.”

This first cohort took four math classes together – three developmental classes and one college math class. Many of them, including Leyva-McGee, stayed on to take additional classes needed for transfer to a bachelor’s degree with teacher certification.

“Esther is someone who, once she started learning math this way, she just didn’t want to stop learning. She went from hating math to loving math – she became a math master,” Kukla said.

That first cohort was critical in the development of ENLACE.

“We really sought to understand the key elements to this model, and how we could scale it up and make it accessible for more people,” Kukla said. “Esther and this first cohort taught us that. This model focused on relationships and solidified what we know about learning – learning is social and is situated in relationships that are sustained over time.”

“Some of these students are passing math for the first time in their lives, and they are now successful math learners,” Kukla said.

As an education specialist for Head Start Child-Parent Centers, Leyva-McGee coaches and supports Head Start teachers in their work with children, curriculum development.  For Leyva-McGee, this also includes ways to incorporate math concepts and experiences throughout the daily routine in creative and meaningful ways.

“What I love about my job is that I can really help prepare the children for school and beyond – including STEM subjects, which have become my passion. I can help set the foundation to make sure children are prepared for successful college and career paths.”

The educator who once became physically ill over the thought of math tests decided to face the challenge head-on, taking extra math classes just for fun, and tutoring other early childhood students.

“Don’t get me wrong – the math was still hard for me,” she said. “But I was in a learning community that was safe. I could make mistakes and learn from them. ENLACE was a perfect environment for me.”

Excerpted from Great Expectations Realized, a publication from United Way of Tucson and Southern Arizona and First Things First.