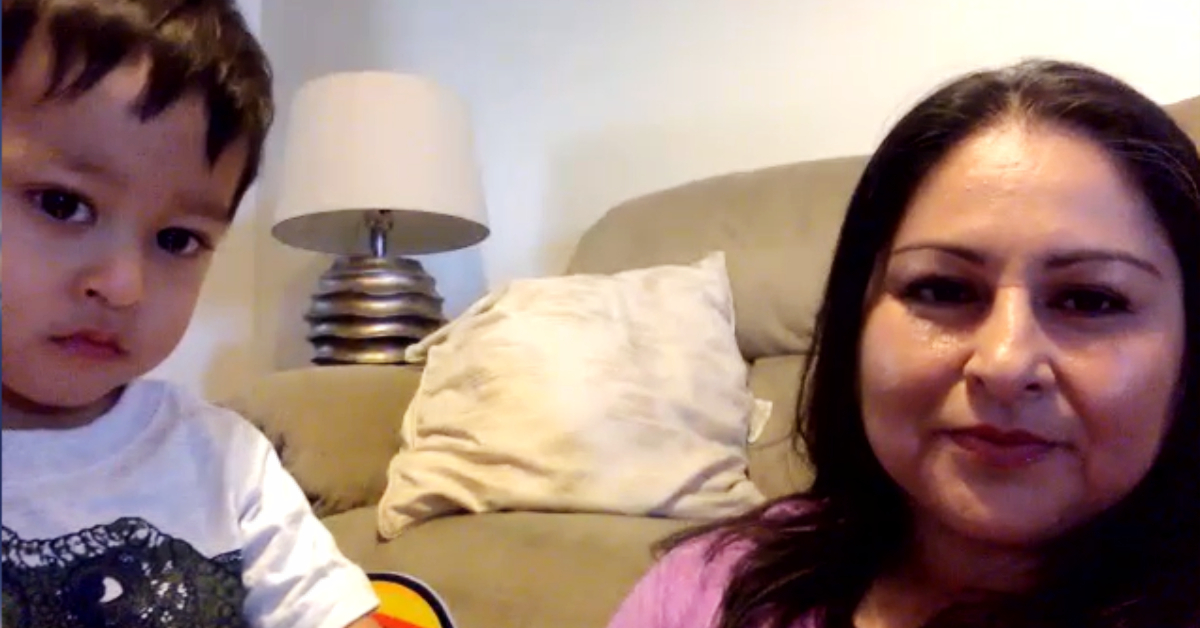 On the day Teresa Garcia’s baby was born, he weighed less than a quart of milk.

Nicolas, born at 29 weeks, weighed a pound and a half and Garcia, a mother of two teens, knew she would need some parental guidance this time around.

Garcia was concerned that baby Nicolas could have disabilities or developmental delays. He was in the newborn intensive care unit for two weeks, while his body learned to breathe on its own.

While there, the NICU nurses told Garcia about the Healthy Families program, which provides parents with regular in-home visits from a trained parent coach, who offers in-home support, parenting education, hands-on creative activities that support healthy development, and shares community resources at no cost to qualifying families. They called her the next day and enrolled her in the program.

After Nicolas went home to his family, the home visits started immediately. At 4 months old, Nicolas was screened with the Ages and Stages Questionnaires tools to determine if he had any developmental delays. Results revealed a delay with his fine motor and problem-solving skills. Nicolas wasn’t capable of holding his toys, reaching out for items in front of him, looking at objects, putting them in his mouth, nor was he able to sit up.

A free program that provides 1-on-1 help for parents of young children and expectant moms in the convenience of your own home.

Find similar programs near you

“I already knew he was behind, but Healthy Families was able to provide me with tools and tell me what my child should be doing at a certain stage,” Garcia said.

For the first two years of a premature child’s life, development is measured at a child’s corrected age — the age they would be if born on their original due date. So, to accurately track his development,

Garcia learned to look at the typical development of babies about three months younger than he was. Garcia learned how to support Nicolas through stimulating activities to enhance his facial movements and self-control, and his ability to recognize different textures and sounds. For example, she was given a sock with a bell to stimulate his hearing and see if he would follow the noise.

She also noticed how similar activities using pipe cleaners and baby wipe bags helped him learn how to grasp and touch objects.

Now at age 2, Nicolas is able to have conversations with simple sentences of two to five words, such as “I want to go outside, please.”

“It was new to us, to hear him try to have a conversation with us,” Garcia said. “Nicolas is also able to express his emotions verbally or by showing facial expressions.”

The parent educator also helped him with the milestone of eating on his own. Marlene, from Healthy Families, showed Garcia how to keep track of when he could start eating solids and encouraged the mother to let him feed himself with a fork, spoons or his hands.

Having someone there to ask questions about his development was a key, Garcia said.

“Because of Healthy Families they ended up helping me get him up to his milestones,” she said.