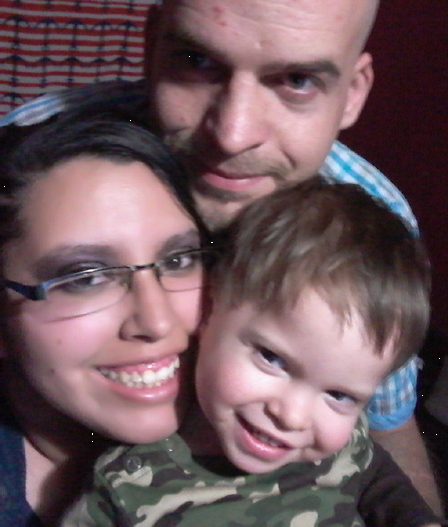 Lydia Aguilar-Ott and her husband started taking parenting classes before their son was born.

They had heard over and over that even when parents aren’t directly talking to their young children, kids are always watching and listening.

By the time their son Vhon was almost age 2, they noticed that the toddler had started hitting other children. During a parenting class, they saw Vhon trying to hit another child with a toy hammer. That’s when mom and dad started piecing together his behavior.

“We’d be watching ‘The Walking Dead’ (a show about zombies), and Vhon would try to reenact a fighting scene,” she said.

They realized that he was acting out based on what he was watching on television. At the next parenting class, the parents apologized for their son’s behavior.

“You may not think that they’re watching what you’re watching, because they’re in and out of the room, but they hear it,” Aguilar-Ott said. “They hear mom and dad laughing, and they think it’s cool.” It’s these types of lessons that Aguilar-Ott has been learning through Teen Outreach Pregnancy Services, or TOPS. The program, which is funded by the First Things First Gila Region, works with pregnant mothers under age 24 to provide healthy pregnancy, childbirth and parenting education and support to families in Gila County.

TOPS worked with the Globe mother from the time she was pregnant until she gave birth to Vhon and as he grew reaching developmental milestones.

Aguilar-Ott soon switched to family-friendly shows and saw his behavior change. The family shows encouraged Vhon to help and now he feeds the family pets and helps mom in the kitchen.