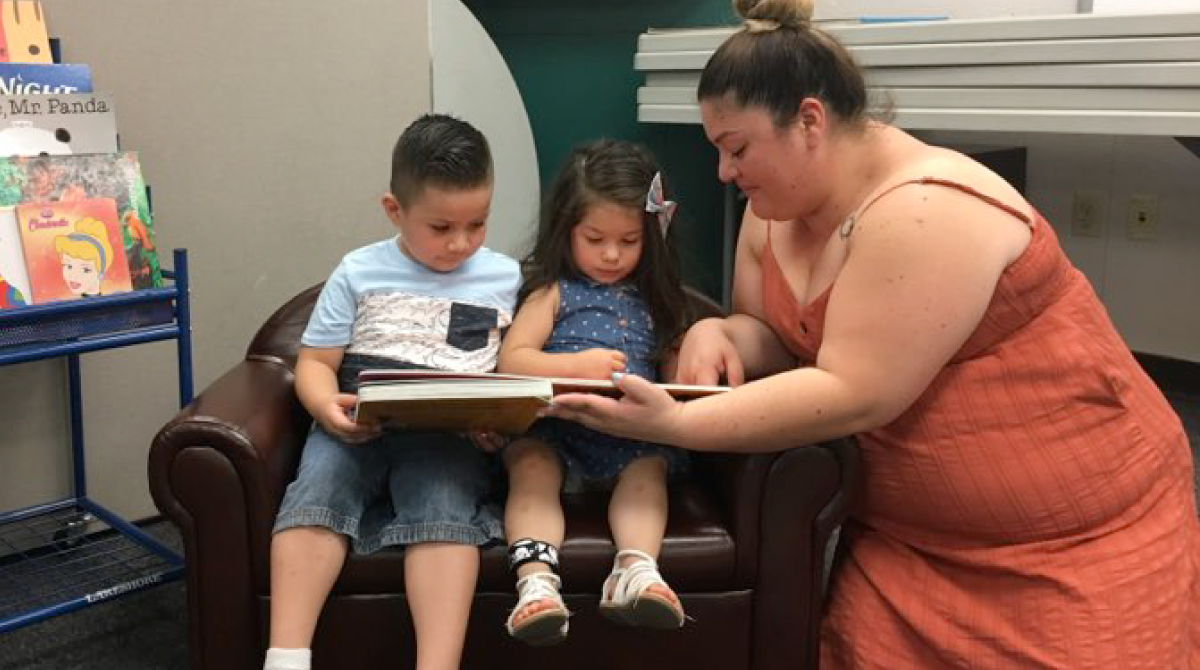 Gaby Martinez first noticed that her 3-year-old son Julian was struggling with his speech when he would point to objects, instead of telling her what he wanted.

“He would mumble his words,” Martinez said. “I couldn’t understand anything he would say.”

The mother of four children was motivated to find her son support for his speech, so she started looking for preschools and early learning programs for help. She was frustrated when she couldn’t find a program the family could afford, but an online search led her to the Washington Resource Information Center, a First Things First-funded family resource center in Phoenix.

FTF funds family resources centers throughout Maricopa County to help support parents as their child’s first teacher. At these one-stop centers for families of kids birth to age 5, families and caregivers can attend parenting classes on topics such as early literacy, the importance of play to children’s learning and how to deal with challenging behaviors. All at no cost.

Find a Family Resource Center near you!

Martinez began by taking Julian and his younger sister Mykaela, 2, to story time at the center, which is part of the Washington Elementary School District. Twice a week for a year, Martinez and her young children participated in story time activities that involved sign language, numbers, letter recognition, pronunciations, eye-hand coordination, small motor skills and more.

“Julian loved the pop-up books during story time and the interactive storytelling,” Martinez said. But his favorite activity was at the end of story, which always included a hands-on activity relating to the story he would hear, such as making masks, using play-dough and creating caterpillars with pom-poms and pipe cleaners, Martinez said.

Soon, Martinez and others noticed the improvement in speech in her children. “I was able to see improvement with his speech after a couple of weeks when he was able to express his emotions and there was progress in his social skills,” she said. “Family and friends start noticing his improvements and would tell me they could understand him better.”

After spending a year attending story time at the center, Martinez said she is confident that Julian will be ready for kindergarten.

“Julian is now 4 years old and speaks clearly in English and Spanish, and I can understand him now,” Martinez said.