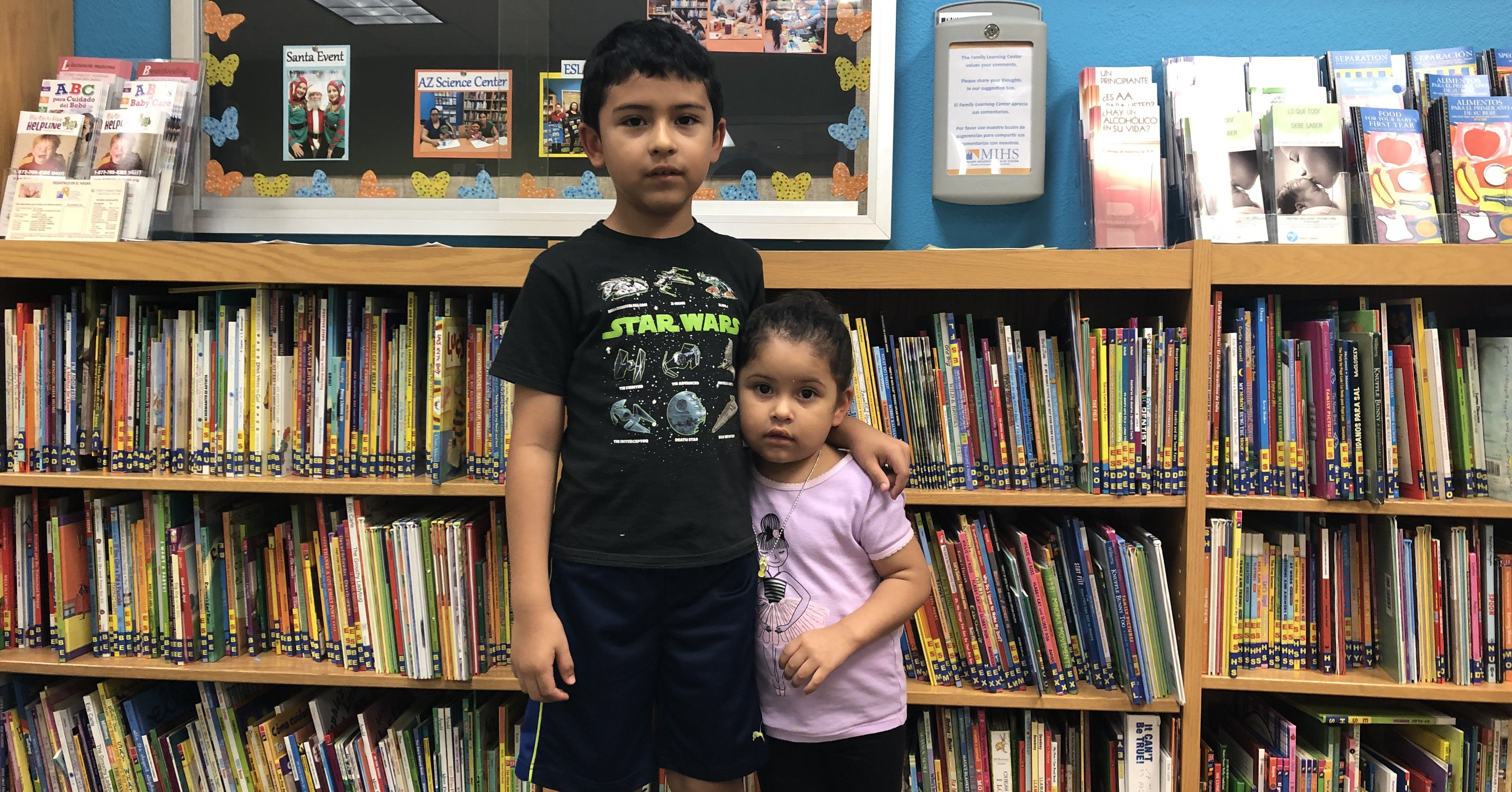 Marta Dardon didn’t know she had parenting resources literally in her backyard.

But she did know her 3-year-old son, David, was timid and struggled to express himself. She was concerned that his lack of social skills and limited vocabulary could negatively impact his kindergarten experience.

On a specialist’s advice, she started looking for a family resource center nearby. She was surprised to learn that she lived right behind the Maricopa Integrated Health System South Central Family Learning Center in Phoenix.

First Things First funds family resource centers, which offer guidance and support for families with young children. The centers provide access to resources, referrals to support services and access to educational programs to ensure healthy growth and development for Phoenix’s youngest learners and their families.

At the Family Learning Center, Dardon learned how to create quality early childhood experiences for her children. Dardon, David and baby daughter Jasmine participated in many parenting classes, including Play & Learn Parenting. The 10-week parenting class is designed for children and parents to bond, play, explore and learn through story time, songs and craft.

It was during this time that Dardon noticed that David was blossoming into an outgoing child. His vocabulary was increasing and he was becoming more selfassured.

During this time, Dardon helped other adults in her family realize how spending quality time with their young children strengthens their family bond. For example, she has the children help her prepare meals at home.

“It gets them active and helps us spend time as a family,” Dardon said.

Going to the center has also helped Dardon change her family’s cultural views on learning. Her in-laws questioned why children so young were learning sign language when they weren’t hearing impaired. Dardon was able to explain that even though the children might not need sign language, “You never know who they might encounter through life,” she said.

When it came time for David to start kindergarten, Dardon said the transition was smooth.

“He was super ready,” she said. “The first day of class, he knew his numbers, ABCs, was reading and most importantly, he was carrying conversations with others.”

David is now in second grade and still visits the center with his young sister. “Taking advantage of the programs available at the family resource center for children and parents helped my children be prepared for school,” Dardon said.