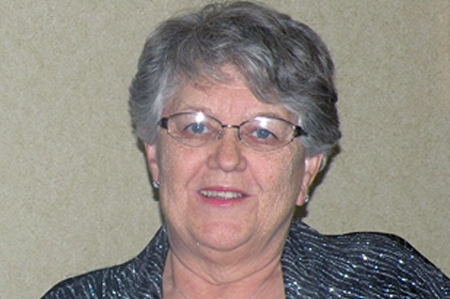 Endfield engaged in awareness-raising efforts such as:

We recently caught up with Endfield, who is retired from her professional work in early childhood education, but is an active community volunteer.

Question: Why do you feel early childhood development and health is so important?

Answer: It should allow children to have successful experiences. The first years are the most important of a person’s brain development – 90% by 5 – builds a foundation that is so important to later life. I got involved in early childhood development as a parent and I learned so much through the Head Start experience, it really shaped my philosophy on that. I think every child deserves a quality early childhood experience.

Q: What caused you to get involved in efforts to increase public awareness in early childhood issues?

A: I was fortunate to hear Nadine Basha speak while I was taking a graduate class at Arizona State University. I was part of a group in Apache and Navajo counties that had monthly meetings focused on increasing early childhood opportunities and resources in our areas.

Q: Why do you feel building awareness in early childhood and developmental health is so important for families and communities?

A: First, I don’t believe all parents understand that they are their child’s first and best teacher. So helping them understand their role in their child’s development is crucial to building strong families and communities. When I first became a parent, I thought you sent your kids to school to learn. I didn’t realize what my role was. When my second child was in Head Start, was when I first began to understand what an impact parents and families have.

Q: How have you seen awareness for the early years change in your community?

Also, I think among early educators, there is more understand of the importance of play in children’s development. I see a bridge forming between learning environments, from preschool to kindergarten, and beyond.

Q: How do you suggest other people in your community get involved?

A: By actively supporting education at all levels, becoming aware of what is happening in their community and looking for ways on how they can support young children. In some communities it might be volunteering your time by going in and reading a story or making a craft. For people who have time to give and are looking for something to do, our schools always need help.