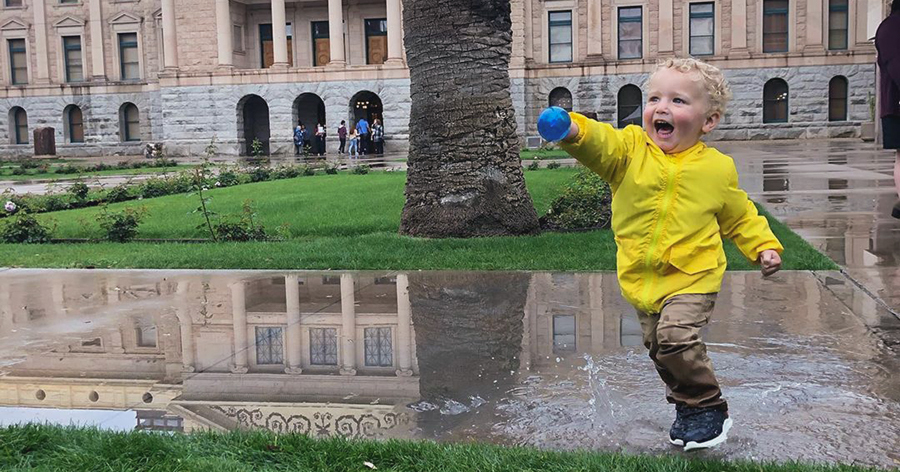 The Arizona Early Childhood Alliance (AZECA), of which First Things First (FTF) is a member, sponsors the yearly event. AZECA is an alliance of more than 50 cross-sector partners statewide with the goal of ensuring all Arizona children are prepared for kindergarten and on track to succeed by the end of third grade.

Throughout the day, about 60 constituents, including families with young children, attended more than three dozen in-office visits with their legislators to talk about the importance of early childhood. A strong showing of ZERO TO THREE’s Strolling Thunder movement brought parents and their babies in strollers to the meetings, where they encouraged their representatives to “Think babies and act for stronger families, vibrant communities and a prosperous country.”

Sen. David Bradley and Rep. Aaron Lieberman were part of a legislators panel, where the two spoke on why it’s important to focus on children’s issues for the future of Arizona.