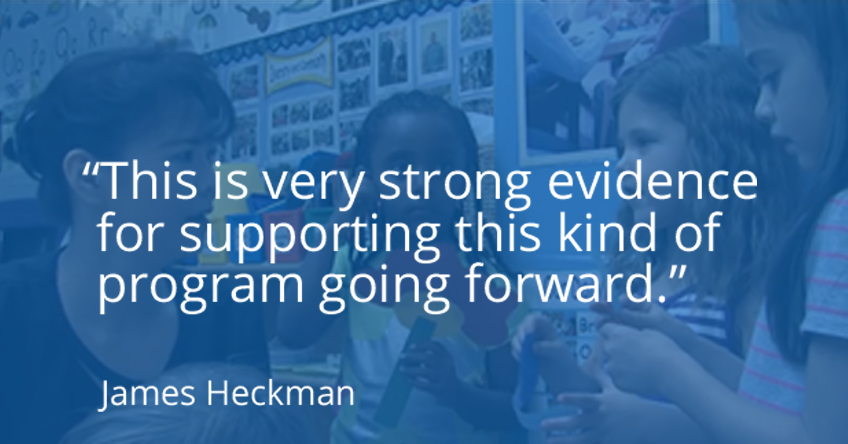 New research from Nobel laureate economist James Heckman, a professor at the University of Chicago, suggests that investing in quality early childhood programs produces a 13 percent return on investment, which is higher than the 7-10 percent return previously established for preschool programs serving 3- to 4-year olds.

The research, The Life-cycle Benefits of an Influential Early Childhood Program, recently made national headlines including the Washington Post, National Public Radio and The Atlantic.

According to the NPR report, “There’s a growing body of research on the value and importance of high-quality early education programs — especially for disadvantaged kids.”

Significant savings to society are found in high-quality early childhood programs that care for children from birth to 5 years old. “Children in such zero-to-five programs are more likely to graduate from high school, less likely to be incarcerated than their counterparts who stayed home or enrolled in low-quality programs, had higher IQs and were healthier during the course of their lives,” according to the Washington Post article about the research.

Heckman, director of the Center for the Economics of Human Development at the University of Chicago, told the Post: “As an economist, I always find it very odd that people only focus on the costs of a program rather than the benefits. This is very strong evidence for supporting this kind of program going forward.”